Skip to main content
Join my YouTube channel and get free books.
Thanks for coming here, I hope you are enjoying learning here, I have also written some books in case you want to learn a bit more :)
If you need my help with Drupal, Linux, Jira, Scripting, Automation or want to contact me then raise a ticket for me please :) and I will get back to you, promise. At Sparxsys we provide Atlassian consultancy services, reach out to me at ravi at sparxsys dot com 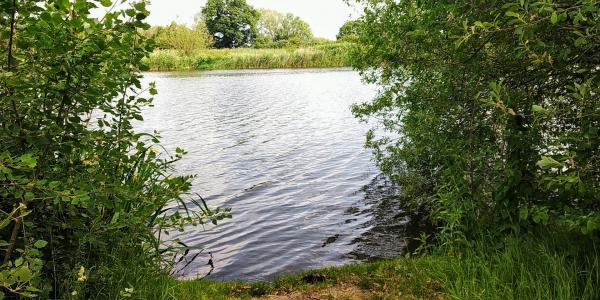 First time I got access to the internet in late 90s and since then I have been quite active online. Until late 90s there were no popular social networking sites but there were chatrooms (Yahoo, IRC and AOL), file sharing sites (Napster) but it was in early 2000s when sites like myspace and orkut became popular and I like many other used them.

I finished my school in 1999 and my engineer in 2003 so honestly there was not really a big need to connect with old friends. Usually we used to call our close friends or just go to their houses. That was pretty much it back then. However these social networking sites provided a way to peek into what your old school mates are doing. It also provided a platform where you can share things and seek approval from other in a form on likes. I also always had some kind of online presence in a form of a site or blog (remember geocities?) since the beginning of my experience with the internet but I was always using these social networking sites as well because not using them felt like missing something.

To be honest all these years I thought I was fine but this year I realised that "why do we need to know what your class mate from 1995 is doing in his/her life right now?"

So earlier this year I started taking some measures to reduce my usage of social networking sites.

Twitter stream has ads and lot of unnecessary content. There are IT cells who can make anything go viral in few hours. It is annoying and waste of time. However I have been using the Indieweb module to use my site to talk to twitter without opening it. If you are using Drupal then I highly recommend you to try Indieweb module. I made a video on how to configure the module.

I was really stupid that I had so many friends. I crossed paths in one way of another with all those people like my school mates, college mates, work colleagues, friends of friends, people who attended my trainings or workshops but those were not my friends. So for the past few months I was regularly getting rid of my connections on facebook. Now I was 100 something people they are - my close friends, people I know really well, people I worked with for a long time, my relatives and that is it. You should do the same in my opinion, life is short and we should not waste it in liking pictures of people you barely know.

I am not part of any whatsapp group more than 4-5 people. In fact I only use whatsapp to talk to my ~4 really close friends.

Whatsapp has been number 1 distractor for me. You need whatsapp because most people use it so it convenient for you to just use whatsapp instead of asking something to call you on skype or zoom. In fact you can call anyone anytime irrespective of their geographical location on whatsapp. I use it to stay in touch with my family and close friends. However there is something called as Whatsapp group. You should stay away from these groups as much as you can. You can't mute or hide the notifications from a group. It doesn't work. So in the past few months I have left almost every group I was part of. I just now have couple of groups with less than 4-5 people and those groups are not even active.

I am happy honestly with these changes but I am not there yet.

What else needs to be done?

So in almost perfect world I would love to share content just on this site and syndicate it elsewhere, with twitter it works really well. The replies, repost and comments come back to this site but it doesn't yet work with Linkedin or facebook. Indieweb module worked really well for me but it is not the end. Ever since I came to know about the Indieweb principles I am trying to rely less and less on these sites.

Of course I use Google services, Spotify, Amazom Music and various other platform but in an idea world everything should stay on your own site but still there should be a way to interact with others either directly from your site to your friend's site or from your site to your friend on social media sites. I highly recommend you to read the Indiweb principles and take a look at their standards. They have a plenty of articles to either convert your existing site or use some of their recommended CMSs.

That is it for today. Enjoy!